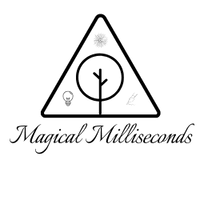 Ashley is a native of Winston-Salem, North Carolina although she has established and expanded her career in several states; including, Georgia, California, Michigan and Massachusetts. She is a proud graduate of North Carolina Agricultural & Technical (A&T) State University...AGGIE PRIDE...with a Bachelors of Science in Marketing.

During her collegiate years, she was heavily involved in various campus organizations like Relay for Life, Ladies of Excellence, Sigma Gamma Rho Sorority Incorporated, and Order of Eastern Star where she served as an executive board member for all.

Ashley formally started mentoring in college where she commuted back and forth to her high school in Winston-Salem to educate the students on the importance of doing well in high school and post graduation opportunities. On A&T's campus, she also served as a peer mentor for a year and a half where she mentored and advocated for other students academically, socially and emotionally while also planning and executing campus-wide events. Upon graduation, Ashley had the opportunity to work for Fortune 100 tech companies like Cisco Systems and Oracle Corporation where she worked in marketing and sales, soaring above her quotas quarter after quarter. Relocating back to North Carolina, she worked on the sales team of Red Ventures, a niche marketing company, before she decided to get out of corporate America.

Realizing that her passion was to help youth, she first became a teacher assistant at a Title I high school in Charlotte, North Carolina where she later became a full-time marketing teacher. Since Ashley values positive living of mind, body and soul and the importance of a Tribe, she works to inspire her students and others to see the benefits of taking care of your whole self and having people in your corner who support you as well.

She began her career as an anchor, reporter and producer for NPR-affiliate WFDD in her hometown (Winston-Salem, NC), Rochester, NY and was the co-creator of a grassroots St. Louis, MO news media outlet dedicated to the African-American community. Some of her many exclusive on-air interviews include Maya Angelou, bell hooks, Cokie Roberts, Trayvon Martin's father, Hill Harper and Common.

LeShéa graduated from Salem College (the country’s oldest women's college) in 2008 with a degree in Mass Communication. The daughter of a poet and playwright, she began honing her craft at a young age on stages in NC, New York and St. Louis; winning several contests for Best Poetry/Poet.

LeShéa honored a promise to her community and returned to NC to teach English Language Arts to marginalized and underrepresented students in schools similar to her own. She teaches all levels of English at a Title I high school  in Charlotte, NC.